Files and Facts about the disappearance of Madeleine McCann

What is it with these anti's and death? That's all they keep on about 'Madeleine's dead', how do they know that? They give me the creeps, they have very warped minds. How would they like to be a parent of a missing child and have sicko's like them repeating their child is dead on twitter? Feel ashamed you nasty excuses for human beings, keep your mouths shut you know nothing.


Hoping Madeleine will be found soon, keep hope alive.
"The greater the difficulty, the more glory in surmounting it. Skillful pilots gain their reputation from storms and tempests."


Why does twitter allow this? Tweeting disgusting tweets about a missing child and her parents. It's about time people like him are made to prove their allegations in a court.
"The greater the difficulty, the more glory in surmounting it. Skillful pilots gain their reputation from storms and tempests."

Pat Brown
12 mins ·
Do I have any UK attorney FB friends who want to go after The Sun for libeling me? All of you have been following me for years on this case know I would never say Madeleine was abducted and that Smithman was a kidnapper who “snatched” Maddie. This is blatant support of the McCann story line and in complete contradiction to what I have professionally stated since the beginning.

They should post the really nasty letter she sent to Kate McCann, remember that?
"there is a big difference between a few sordid insults, and publicly accusing someone of committing a serious crime - which is a crime in itself" AnnaEsse (Oh the irony!)
Top


https://www.dailymail.co.uk/news/articl ... ntary.html
Rogério Alves says claims made by Gonçalo Amaral are a 'waste of time'
Top

Did I hear correctly that in the short clip it says Amaral was himself under investigation?
Parent-blaming is all-too-common these days, and usually the point is to make other parents feel better about their own parenting skills
Top

thanks Sal I thought it said that

Sandra Felgueiras....those cops lied to me.

https://www.mirror.co.uk/news/uk-news/m ... OOxX2t-49I
Rogério Alves says claims made by Gonçalo Amaral are a 'waste of time'
Top

The barmy detective later claimed that MI5 had a role in Maddie's disappearance - hiding the body on orders from then-PM Gordon Brown.

https://www.express.co.uk/news/uk/11000 ... regret-spt
Rogério Alves says claims made by Gonçalo Amaral are a 'waste of time'
Top

They are going frantic on twitter, they won't beleive it, they are right, why do they think anyone listens to their crazy ramblings

Having the name Madeleine and the word alive, must be enough to rile them up, they don't want Madeleine alive do they.
"The greater the difficulty, the more glory in surmounting it. Skillful pilots gain their reputation from storms and tempests."

“The McCann case,” Brian Cathcart argued in the New Statesman in 2008, “was the greatest scandal in [British] news media in at least a decade.” Even though Madeleine’s disappearance predated social media, it predicted some of the worst excesses that Twitter and Facebook would go on to enable: rampant misinformation, distortion of the facts, the virality of certain news stories. You can debate, as people certainly will, whether it’s appropriate to build a television series around a child who’s never been found, and whether the impulse to revisit the case is distinct from the feverish cultural fascination with Madeleine in 2007. To watch the series in its entirety, though, is to see in sharp, damning, and exhaustive detail all the ways in which a family’s nightmare was transformed and served up for consumption as a public spectacle.

https://www.theatlantic.com/amp/article ... yMLY-Svgtc
Rogério Alves says claims made by Gonçalo Amaral are a 'waste of time'
Top 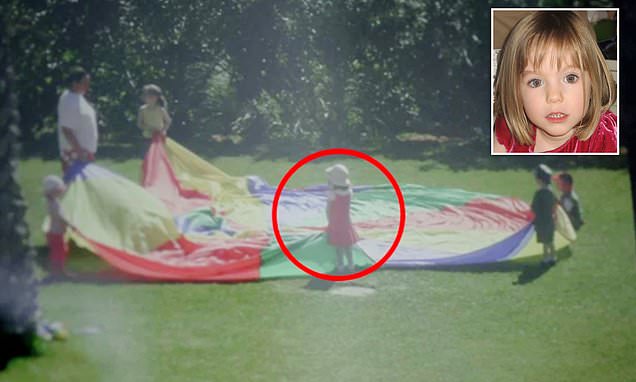 Netflix has provided The Independent with a list of the key interviewees who appear during the series.

Anthony Summers and Robbyn Swan – Investigative journalists who co-wrote Looking for Madeleine, a 2015 book about the McCann case.

Gonçalo Amaral — Former chief investigating coordinator with the Polícia Judiciária in Portimão. After his dismissal, Amaral wrote a controversial book about the McCann case.


Robert Murat — Local Portuguese-British man who was declared arguido, or suspect, in the McCann case. His arguido status was lifted due to lack of evidence.

Phil Hall — Former newspaper editor who worked as a PR consultant for the McCanns.


Kelvin MacKenzie — Former editor of The Sun newspaper who clashed with the McCanns over the media’s standards when covering the case.

Sergey Malinka — Russian immigrant who was questioned by the Polícia Judiciária because of his business relationship with Robert Murat.

Homayra Sellier — President of Innocence in Danger, an organisation that works to protect children from abuse and exploitation.

Margarida Davim — Journalist who co-authored the controversial “Pact of Silence” article that appeared in a Portuguese newspaper.

David Hughes — PR advisor hired by the McCanns after they returned to England.

Patrick Kennedy — Brian Kennedy’s son. He traveled with investigators to follow leads in the McCann case.

Julian Peribañez — Spanish private investigator who went to the Algarve to try to uncover new information.

Anything else?
According to Netflix, we can expect “never-before-heard testimonies from those at the heart of the story including friends of the McCann family, investigators working the case and from those who became the subject of media speculation and rumour”.
Rogério Alves says claims made by Gonçalo Amaral are a 'waste of time'
Top
Locked
280 posts